This is a common question asked by many parents.

There are many possible reasons for food refusal. Some of the most common reasons are outlined below:

2. Malaise/Discomfort
Discomfort or a feeling of being ‘unwell’ can be caused by nausea, allergies, cardiac conditions, fatigue, constipation, nervous system, stomach distension, congestion and renal conditions.

3. Developing motor, oral-motor and/or swallowing skills
Children may have difficulty co-ordinating their breathing when they’re trying to eat, they may choke on their food, or aspirate (when food enters the airway instead of the stomach). Some children may have reduced oral strength, may overstuff their mouths or have difficulty co-ordinating their tongue movement. Difficulties with balance, oral processing or a difficulty with hand to mouth co-ordination can also be a factor.

6. Nutritional
Children may be calorie deficient, have a metabolic disorder, absorption disorder, inadequate macro-nutrient ration or compositions, or inadequate micronutrients.

There are also many other factors that result in a child refusing to eat.

**It is important to remember that children do not refuse food to frustrate their parents/caregivers or to be difficult. Refusal is a behaviour that is present for a reason. Kat Bray Speech Pathology works with parents to diagnose the cause of the food refusal, and put an action plan into place on how to overcome food refusal in a positive way.** 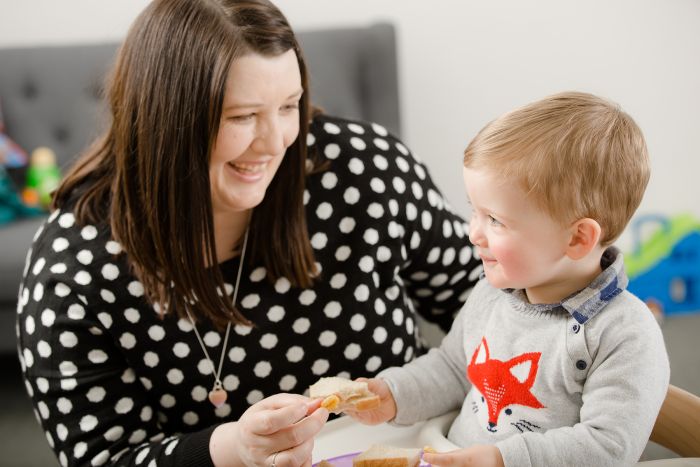 What speech sounds should my child be able to say?
It can be a bit of a 'jungle out there' when it comes to information about speech sounds! This article is designed to empower parents to understand what speech sounds they should hear during their child's development.
READ MORE
How can I help a child who stutters?
We can all help children living with stutters in a multitude of ways. Here are 5 points to help you or someone you may know be more informed about stuttering and how to best interact with a child who is living with a stutter.
READ MORE
Pillowcase Treasure Hunt
You don’t need to venture beyond your house to find an absolutely sensational resource to help your child develop their understanding and communication of language.
READ MORE
© Talkative Allied Health Services | 2022